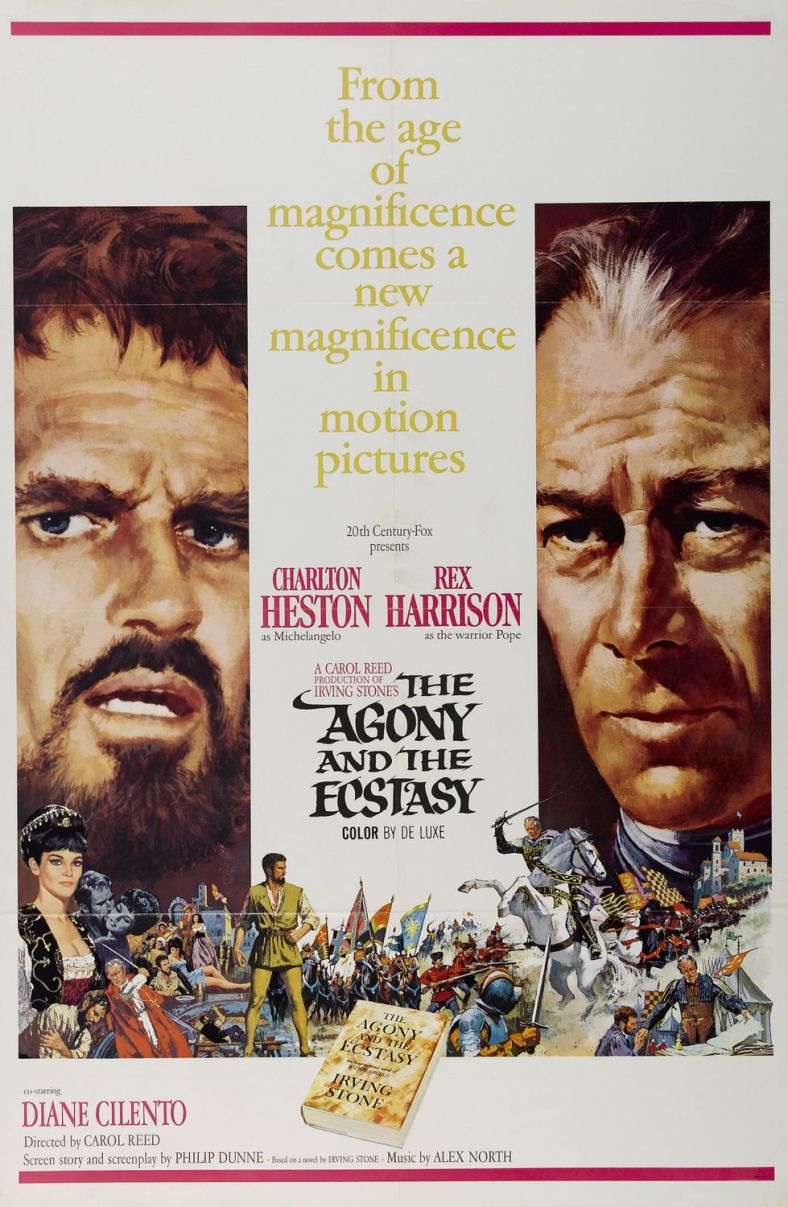 I’d never seen The Agony and the Ecstasy till my friend Sheila lent me a DVD. I’m so glad she did. I knew this film told the story of Michelangelo painting the Sistine Chapel, but I didn’t know the details. Starring Charlton Heston as Michelangelo and Rex Harrison as Pope Julius, who forced the unwilling artist to take on this work and coerced and criticized throughout the process, the story shows how conflict can be a creative force.

The film takes place on a grand scale and we see two grand personalities challenge and vex each other. Yet if one were a scintilla weaker, perhaps the fresco would not have been completed. It’s definitely a film from an earlier pre-naturalistic era, but it still works. I found Heston and Harrison’s acting vigorous in a way we don’t see anymore. Their performances also intelligent and bold.

I’m sure the history isn’t 100% accurate, but it was interesting and made me want to read up on it. I didn’t know that Michelangelo almost went blind while painting the chapel or that he had to be goaded into taking on this commission.

The final scene when the pope views the completed chapel and is taken aback by the artist’s vision of God, so firm and loving, and of Adam, still innocent and intimately connected with God before man’s fall. Their conversation was illuminating and touching. These men weren’t friends, but there was so much they shared. We don’t exactly have a word that captures their relationship. Yes, they argued, but they did respect each other completely.

If this story were told today, I’m afraid a lot would be lost. There’s a tendency to reduce ideas and people to our conceptions. No doubt Michelangelo would be a humanist who doesn’t really believe and the pope would be a stubborn idiot, who just supplied the money.