I just learned that Lea Michele will be back for 22, count ’em 22 seasons with Glee. The series will have a new format and split its time between Lima, Ohio, and New York, New York. Huh?

Lea’s a great talent, but this kind of bet hedging is bound to fail. Isn’t the show Glee in part about urging people to take risks because that’s what works?

Sounds like the writers are putting the show on life support.

Clearly, none of the Glee writing staff has watched MI-5. If they had, they’d have learned how to introduce and kill off beloved cast members.

A spin off makes more sense and would be more financially rewarding. It’s not like the Fox Network has too many good series on the air. Mary Tyler Moore spun off Lou Grant and Rhoda. All in the Family gave us The Jeffersons and another show. 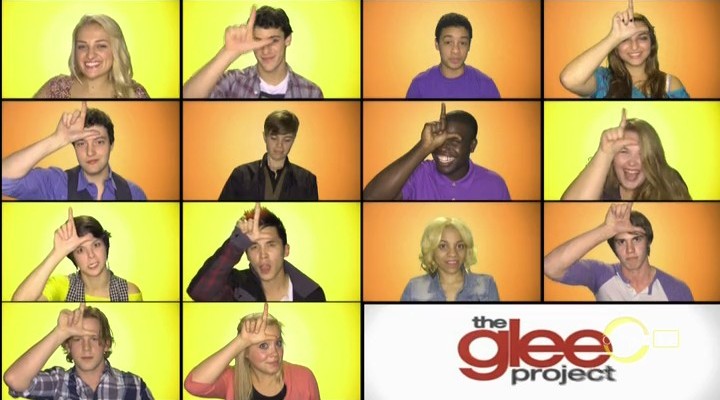 The Glee Project is off to a good start this summer. The contestants have a wide range of personalities and life experiences, yet after watching 3 episodes I don’t have the same familiarity as I did with the first season’s cast.

As in season 1, Individuality was the first episode’s  theme and the week’s video would be to “Born This Way.” I was just getting to know the 14 contestants and you know that one show is not enough to show your real potential and ability. Yet someone had to go and it was Maxfield, a country singer with charm. Compared with the Tyler, the transgender teen, and Alyn, a spitfire Muslim of Turkish descent, Maxfield didn’t inspire the same story possibilities for Glee. While that reason wasn’t stated, I think that was what it came down to for the first episode. The other two offer story possibilities that inspire Ryan Murphy so it seemed to early to let them go.

Apart from my thoughts on their talent, I do begin to get some definite preferences. Lily comes across as narcissistic and shallow. She lacks concern for others and is rather open about that. I wouldn’t miss her. Alyn has a charming vivacity. Nelli’s quiet, but that makes me think she’s got depth and potential. Tyler reminds me of Urkel from Family Matters.

I was surprised to see Dani go home at the end of Dance-ability, but then again I wasn’t. She’s a talented, likeable performer, someone who’d make a good friend, but she doesn’t fit into the bold colors and emotions of Glee. To become a Gleek, Dani would have to distance herself from all her strengths and best traits, to morph into a caricature as I’m afraid we’re seeing Sam and Damien do.

I was quite surprised and sad to see that Taryn decided to leave the show in this episode. While talented, Taryn admitted she felt it was too much to live in the dorm and participate in this show. I can see how someone could feel that way and reality TV isn’t the only on ramp for a career in music. I wish we’d have gotten to see more of her, but she probably chose wisely.

From the Writer’s Almanac:

It’s the birthday of the man who once gave the order, “Shoot a few scenes out of focus. I want to win the foreign film award.” That was screenwriter, director, and producer Billy Wilder, born Samuel Wilder in Sucha, Austria (now Poland) (1906). His mother nicknamed him “Billy” because she was fascinated with Buffalo Bill. He first got into writing as a journalist, doing all kinds of interviews and stories, and was soon writing scenarios for silent films. He came to the United States in the 1930s, dated American women to improve his English, and got a job writing scripts for Fox Film Corporation. He first became a director, he said, to keep other people from messing with his scripts. He once said, “A director must be a policeman, a midwife, a psychoanalyst, a sycophant, and a bastard.” He worked his way up the ladder and ended up producing and directing many classics of Hollywood’s Golden Age: Double Indemnity (1944), The Seven Year Itch (1955), Some Like it Hot (1959), and The Apartment (1960), to name just a few.