Based on a novel, Brooklyn tells the story of an Irish woman, Eilis, who leaves the Emerald Isle where there are no jobs or eligible young men, to make a life in Brooklyn. While fitting in isn’t easy, she does find a boyfriend and succeed in bookkeeping at night school so that she puts down roots. She soon marries her Italian boyfriend in secret.

Life takes a turn when her sister suddenly dies. Eilis returns to Ireland to help her mother who’s all alone. It’s intended to be a short trip, but then Eilis decides to stay for her good friend’s wedding and then someone finds her a temporary accounting job that she excels at and then she meets terrific young man. It seems that Eilis has found the life she always wanted in Ireland. 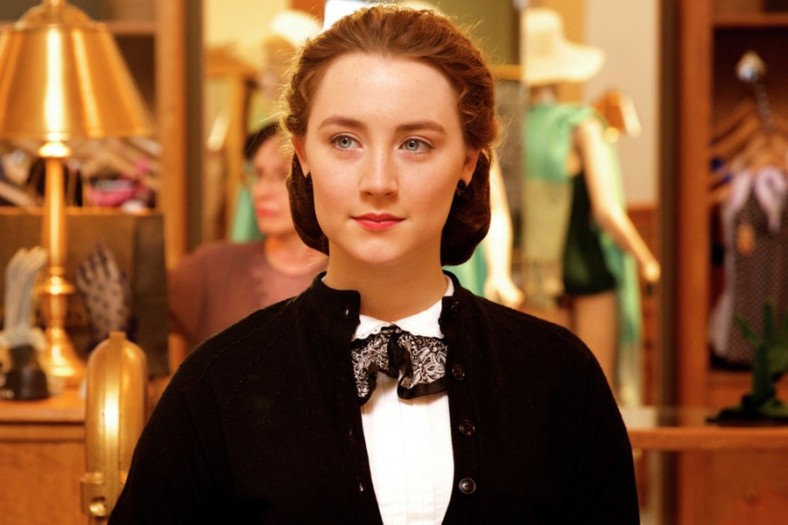 However, her secret is revealed and she returns to her husband. She is happy to see him, but I couldn’t help feeling that the ending was poorly paced. I don’t want a heroine to take action because of the town gossip, even if she tells off the town gossip.

Both fellows were good guys and worthy of the film’s ideal heroine, but the early part of the film didn’t prove that New York was Eilis’ destiny or ultimate home. Ireland had so much going for it too. The marriage wasn’t in a church and could have been annulled. It actually didn’t make sense that the Irish Catholic lass and the Italian Catholic guy didn’t wed in a church. Or that the kind priest who helped Eilis come to the U.S. never learned of their wedding.

Eilis’ departure from Ireland was rushed. She just wrote to the sweet lad who would have married her and made just as good a husband as the Italian one. Her mother was broken up over Eilis leaving and learning that her daughter married without a word to her mum, but that scene was all we saw of the mother at the end. It was too easy that the mother said she wouldn’t say goodbye twice. Eilis’ selfishness or decision to return was too automatic and not the struggle I think it should have been. Leaving a widowed mother whose other daughter was dead should have been weighed more.

So while I enjoyed the acting, I thought the plot didn’t work. And the characters came in two types: good people whose faults aren’t shown and gossips and petty folks. Not much complexity here.

Nonetheless, it’s a film worth seeing.