I’m working my way through the DVD set, The Adventures of Antoine Doinel, and watched the fourth film, Bed and Board (Domicile Conjugal in French). Bed and Board delights as it shows Antoine as a newly wed. He’s married Christine whom he met in the previous film Stolen Kisses. The film offers a charming look at Antoine and his better functioning family members (i.e. his wife and in-laws) as he continues to hop from job to job. At the start of the film, Antoine’s job is coloring flowers for a florist shop. When his experiment to dye flowers red blows up, he soon gets a job with an American company controlling model boats in a harbor. It’s a silly job, which he got through an error, but Antoine never complains. 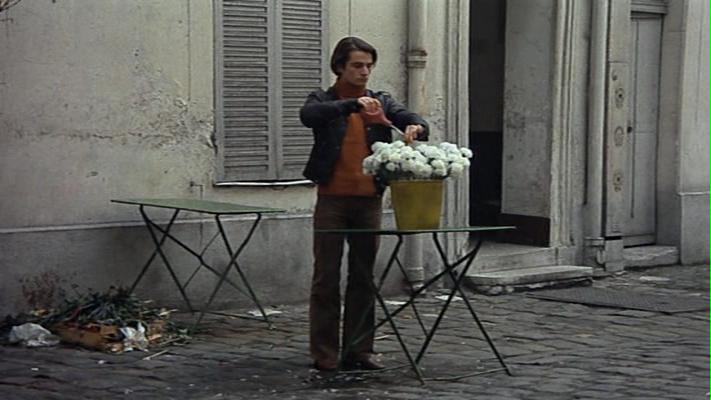 As a husband and father, Antoine is old fashioned in a quaint way and really wants to play out his role as protector and loving husband and father in his dreamy way. Christine and Antoine do disagree and have problems, but none are major. One of my favorite part of the movie is how Antoine goes behind Christine’s back to name his son. Yes, the was wrong. They should have solved the problem if only by flipping a coin, but it was a cute, very Antoine move.

Truffaut is amazingly sensitive about how he shows childbirth, infidelity and conjugal life. I’m guessing it was his style and not censorship in 1970s France. It made me smile.

A chance encounter with a Japanese siren, for whom his chivalry leads to temptation, shows a failing, and . . .