When her carriage is unsuccessfully attacked by Irish rebels, Victoria learns that the Irish want their freedom. Thus the queen takes her entourage to visit the Emerald Isle.

Albert gets Bertie a new tutor from his visit to Cambridge. Victoria’s not amused because she wasn’t consulted. That’s understandable. Albert continues to have trouble with his role, which he sees as second-fiddle, and Victoria’s mourning Skerrett and impatient that no one realizes this. All these emotions add to the marital conflict between the Queen and the Prince.

Like Cinderella or Jane Eyre, Feodora’s left at home to look after the children. She stews and pouts and is clueless about the new tutor, whom the servants suspect is up to something.

In Ireland, the royal retinue stay at Lord Palmerston’s estate. We meet Lady Palmerston. I expected a long suffering woman trapped in a loveless, arranged marriage. I was off base. Lady Palmerston is a busy beekeeper and happy with her open marriage.

Victoria’s blown away with the open marriage concept. She shares this arrangement with Albert, not that it’s something either of them want to try, but she’s amazed she’s met a woman who’s okay with this.

Love is also in the air between Sophie, the duchess with the churlish husband, and the new footman, Joseph. It’s a perilous relationship, that’s consummated and joyous. The duchess and the footman frolic in at the beach and aren’t as secretive as they should be. Rather jealous, Lord Palmerston notices and warns Sophie that she’s playing with fire. She doesn’t heed his advice and I suspect will be found out next week (or soon). 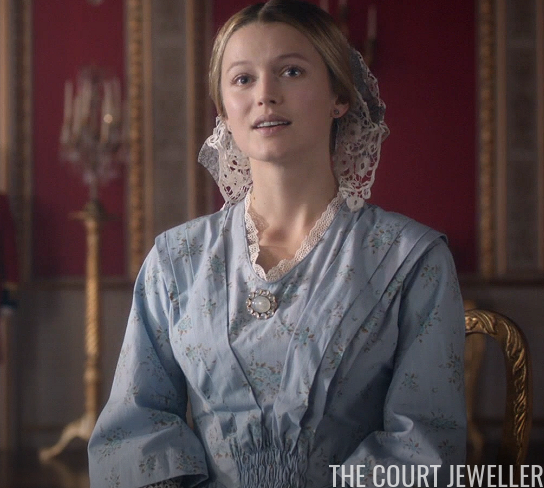 Victoria is a big diplomatic success at the ceremony in Dublin where she says just the right things and shows the Irish she cares. This doesn’t solve everything, but she was the first British monarch to visit Ireland since the Middle Ages, so I think she’s due some credit.

Back home, Albert quarrels with Victoria. He also is proud as can be that Bertie’s making great progress with his studies. His math and French have taken off.

As usual, the hour sped by. The program is packed with drama, gorgeous costumes, and splendid scenery. This week we were also treated to some fine Irish-inspired music.

Featuring Scott Adams, Jordan Peterson, James O’Keefe of Project Veritas, communications professors, and other experts, this film by Mike Cenovich explores “Fake News.” The face-paced, Hoaxed will keep you stimulated as it presents the history of Fake News along with examples, past and present. It’s a must-see film, though you should also read and watch other

It taught me about the Operation Mockingbird, when the CIA paid American reporters to write the stories it wanted. At first that was supposed to apply just to foreign media outlets, but later spread to stories that were published domestically. Operation Mockingbird lasted from the 1950s till the 1980s when Senator Frank Church went public about this program.

The structure builds and builds so that a viewer will see how pervasive Fake News is and how so many journalists are guilty. Each subject has a different take and vibe from Scott Adam’s low key personality to the electric Stefan Molyneux’s caffeinated monologue, which is a compelling connection between Plato’s cave story and our illusory view of the world via media.