I’d never seen a Ronald Colman film, though I’d heard the name. I ran across this title and thought I’d get the DVD from the library. (Note: the DVD has much better quality than the blurry trailer above.) Starring Ginger Rogers and Ronald Colman, Lucky Partners is a romantic comedy filled with style and wit.

Walking down the street one day, David Grant (Colman) wishes Jean (Rogers), a pretty passerby, “Good luck.” She stops and asks him why the “Good luck” and he smiles and they chat about her practical engineer fiancé before she goes her merry way.

When she arrives at her destination to drop off an order of books, she lucks into a free $300 (in 1940’s value) dress. Hmm, meeting that dapper fellow was lucky. Jean decides to take advantage of the luck and buys an Irish Sweepstakes ticket and convinces David to pay her half. That should increase their luck. 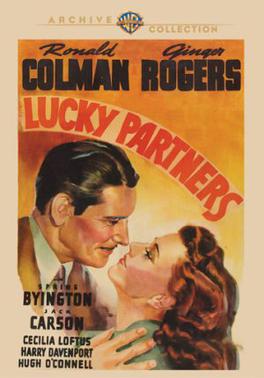 David places a condition on his going in on the ticket. If they win, which is highly unlikely, Jean will accompany David on a fabulous trip prior to her marriage. She’s unsure. What will people think of an unmarried woman traveling with an unmarried man? David sees it as an experiment. When Fred, the fiancé turns up, his assumptions and attitudes, compel Jean to go along. Besides, it’s unlikely the ticket will win, so there’s no real risk, right?

Well, next the ticket does win the first round of the sweepstakes. Now Jean and David need to decide whether to cash in for $12,000 or to hold and wait to see if they can win the full $150,000. There’s some back and forth and mainly dapper David just aggravates Jean, but then so does flat-footed Fred. In the end they decide to risk it all and Fred holds on to the tickets.

But rather than do as he was told, Fred sold Jean’s half of the ticket, so after they lose the sweepstakes, Fred proudly presents Jean with her $6000. He’s shocked that his independent-minded fiancée is livid that Fred went behind her back. Jean grabs her money and storms across the way to give David the money. He then insist that they go on a pared down version of the whirlwind experimental trip. Now Jean’s nervous, but a deals’ a deal. 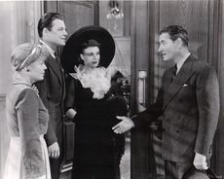 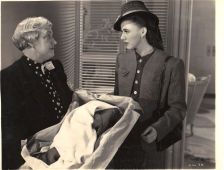 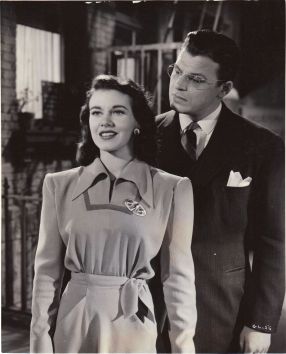 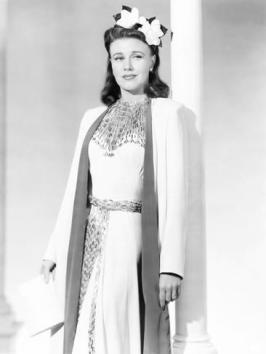 Based on a film by Sacha Guitry (the French writer/actor who made films like The Pearls of the Crown  or Le Poison) Lucky Partners delights with a zany situation that dances around feminine virtue, trust, and whether one should marry a safe guy or the dashing artist with the mysterious aura. As is true of so many