Is this worth it?

That’s my question about my online writing class. It cost over $500 and is given by UCLA, but the teacher does so little. The content of the class is sparse and last week she just told us to review week 2.

Well, have us review weeks 2 and read or watch a new lecture.

The teacher pretty much ignores the discussion board and hasn’t given any discussion questions. We’re just to comment on each other’s homework. Ok, but shouldn’t there be more? Shouldn’t we be able to discuss techniques and current shows? What’s effective? What’s become passé?

It hasn’t helped that the only shows we’ve had as models are two very dark shows, i.e. Breaking Bad and Dexter and The Good Wife, which I used to like, but it got ruined by becoming “edgier” in my opinion. None of these shows are in the historical drama genre.

I’m entertaining the idea of just quitting the class and seeing that as more of a liberating feeling rather than a failure. The teacher’s feedback is so general and while some comments have value, most don’t as I don’t want to conform to the current shows she seems to like.

I’ve just got two weeks left of my vacation and I have already finished the second draft of this story so it’s not like I need to have help finishing my script. I do have some research I’d like to work on.

The Newsroom brings us Aaron Sorkin and Sam Waterson along with Jeff Daniels and a cast of new faces in a drama set in a fictitious cable newsroom. Daniel’s character, Will McAvoy was an audience pleasing anchor who sees the light when a moderator at a Northwestern University panel pushes him to answer a lame question about how great America is. After demurring, he lashes out with his true beliefs and begins a quest to do news differently, much to the delight of the president of Atlantic Cable’s News division.

In the first episode his veteran staff jump ship, and his former love, MacKenzie McHale, who’s a top notch newsperson, is hired as his executive producer. The show has many of the qualities that made The West Wing and Studio 60 so great: rapid-fire, smart dialog, high ideals in a world that favors the low, unrequited love amongst very smart, attractive people. The Newsroom glides along the high road making you wish there really was a Will McAvoy and a Mackenzie McHale, who’d give the American public intelligent, honest news night after night.  Obviously, Atlantic Cable News is what CNN could be and isn’t.

For a long time I’ve questioned the belief that there are two sides to every story. When is life ever so cut and dried? Nature isn’t just binary. How happy I was to hear a character champion my quietly held position. Indeed, sometimes there are three, four, ten sides. Some issues are so obvious, e.g. the world is round, that no there aren’t two sides. Sorry, there just aren’t. Your teachers and family have done you a disservice if after a short mulling over, you can’t figure this out.
It’s a pity this is only available on HBO, since like the pseudo show it depicts, The Newsroom contains ideas and information that should inform us in the voting booth.

I just learned that Lea Michele will be back for 22, count ’em 22 seasons with Glee. The series will have a new format and split its time between Lima, Ohio, and New York, New York. Huh?

Lea’s a great talent, but this kind of bet hedging is bound to fail. Isn’t the show Glee in part about urging people to take risks because that’s what works?

Sounds like the writers are putting the show on life support.

Clearly, none of the Glee writing staff has watched MI-5. If they had, they’d have learned how to introduce and kill off beloved cast members.

A spin off makes more sense and would be more financially rewarding. It’s not like the Fox Network has too many good series on the air. Mary Tyler Moore spun off Lou Grant and Rhoda. All in the Family gave us The Jeffersons and another show.

From the Writer’s Almanac:

It’s the birthday of the man who once gave the order, “Shoot a few scenes out of focus. I want to win the foreign film award.” That was screenwriter, director, and producer Billy Wilder, born Samuel Wilder in Sucha, Austria (now Poland) (1906). His mother nicknamed him “Billy” because she was fascinated with Buffalo Bill. He first got into writing as a journalist, doing all kinds of interviews and stories, and was soon writing scenarios for silent films. He came to the United States in the 1930s, dated American women to improve his English, and got a job writing scripts for Fox Film Corporation. He first became a director, he said, to keep other people from messing with his scripts. He once said, “A director must be a policeman, a midwife, a psychoanalyst, a sycophant, and a bastard.” He worked his way up the ladder and ended up producing and directing many classics of Hollywood’s Golden Age: Double Indemnity (1944), The Seven Year Itch (1955), Some Like it Hot (1959), and The Apartment (1960), to name just a few.

Here’s a good post on the term Manic Pixie Dream Girl. I’m not as bothered by the term as the writer is, but her point of view is interesting.

To me the female lead in 500 Days of Summer was like something out of A Midsummer’s Night’s Dream. But this post made me think.

There are few cinematic terms I despise as much as the phrase “Manic Pixie Dream Girl” (MPDG for short).  My problems with this term are legion, so first off let’s have a little history.  Nathan Rabin coined the term when describing Kirsten Dunst’s character ‘Claire’ in the Cameron Crowe film Elizabethtown.  According to Rabin, Dunst epitomizes the MPDG, a female character who “exists solely in the fevered imaginations of sensitive writer-directors to teach broodingly soulful young men to embrace life and its infinite mysteries and adventures.”  These women are describes as bubbly, childlike muses who exist solely to inspire a male protagonist, encouraging him to embrace and enjoy life.

The MPDG is one of those cinematic terms that was assimilated as soon as it was uttered; a lot of people accepted its existence as fact immediately, as if Rabin’s term was absolute and not to be questioned.  No one…

It got me to find time for writing. But as I always say frenzy is the key word.

I’ll be the first to say that it’s a very rough piece.

Here’s a recording of Dr Peter Kreeft talking to Act One screenwriters on Why What They Do Matters and Why it Matters to God. 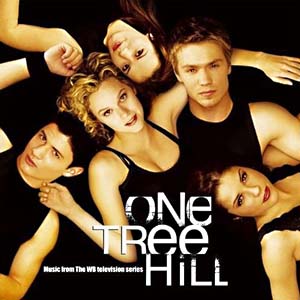 I finished watching the finale of season 4 of One Tree Hill. It’s been a high-octane season and I felt it was wise to have the characters’ senior year run across two seasons. That decision allows the writers to create more stories and postpone the problems of a post-high school year on a show that is set in high school. I did think the three prom related shows got tiresome and the actual prom had too much violence for my taste. I really did not need to witness Peyton get attacked again by her stalker.

As usual for One Tree Hill, the finale ends with a bang, a cliffhanger with plenty of adrenaline so I wanted to see how season 5 began. Well, I turned to Netflix to stream the season 5 premiere and was disappointed to discover that it’s unavailable. I put the DVD in my queue, but I’m miffed that it’s not available for streaming.